and it just gets weirder still (NFTPL #38) 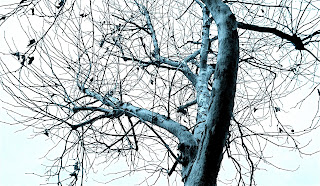 i am starting to think that bold acts of faith sometime appear like the mystical side of an acid trip where the most oddly and connected occurrences start to happen...i would not be floored at this point if spirits started walking out of the walls or something. no wait that would be a bit much since the heaviest substance i imbibe, besides the inner recesses of my mind, are vodka and wine with an occasional beer thrown in for good measure. this morning i find myself confronted with the reality of seeing a vision growing more and more real. as does often happen with visions as they cross out of the invisible world through the thin places into the visible world, the seer begins to question their reality. well they the seer begins to question whether or not they are sane or insane. as this has become a now daily occurrence for me i just look at my wrist and remember that i chose to walk in boldly and wildly out of faith and that choice often looks like insanity. another by product of all this risk is that again like drug use one ends up with moments of endless clarity about things that have been raping and pillaging the corners of your brain for far to long. in the midst of my "crazy" moments over the last week i have become acutely aware of how much for sanity's sake i need to have constant creativity built into my daily/weekly rhythms. to not create means a kind of zombie status for me. and that my friends is worse than have questionable sanity and moments of acute clarity where weird and odd cohesions of improbabilities make sense.
Posted by jessi knippel at 11:08 AM