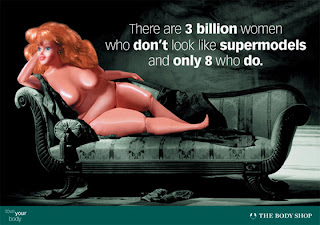 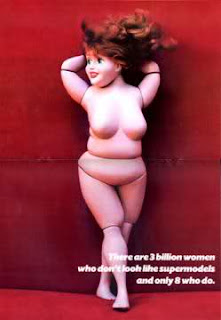 this video taken in my old home town of seattle was perfect for tonight...i love the passion of slam poetry and women who are not "typically" whatever the hell that means attractive shining brightly and this embodies it all.

watching this poet made me think about myself in regard to the battle i still have in seeing beauty and value there as a sexually attractive, vibrant, and desirous woman. one of the best things about living with my best friend is that the family mantra is to tell things strait and then tell the person they need to and can over come whatever is blocking them. this morning while driving home from the doctors shiloh told me that i needed to remove my glass see-through walls and embrace the fact that i am a talented, vibrant, yada yada woman...i want to do that. and yet there is this part of me that is holding back, still feeling safer in hiding behind things and under tables than coming out and allowing myself to play.

its the push pull of desire and fear the same reason that i have been thinking about pulling out my guitar and tuning it so i can begin to practice since last sunday morning but haven't as of yet actually done that. the same thing that makes me fall for men who i can't have because part of me deeply wants to connect with another person and well let's face it get to make-out and what-have-you but the other half of myself is holding hostage with the fear of failure and rejection. when my friend emily offered to set me up with a very cute musician she knows this week, part of me says "like yeah totally...why not" while the other half yells "fuck no that poor guy's gonna be so disappointed" it's the latter voice in my head that needs to get hit with a mack truck and then run back over until it's ding dong dead like the wicked witch in the wizard of oz. i mean seriously i am thirty one (oh my) years old and i still battle self-hatred and fear of rejection like a twelve year old on the first day of junior high school. come on, while i don't feel successful i have three degrees and am working currently on a fourth, i am very close to completing my first film project which incidentally is something i have wanted to do since i was nineteen and i want to keep doing until i die, i live in the city of angels and LOVE IT, i am well read, have great taste in music and film, and i create things, i am beautiful and a damn good friend and girlfriend (when the chance arises) there is no reason at all that i shouldn't be attracting wildly interesting and talented men! oh and last but not least i smell f-ing amazing in tobacco scents what's not to love!

and yet i can't seem to keep all that list and more in the forefront of my head most of the time...when i come with in range of an attractive and interesting man two things happen 1. i start pawing the ground like a submissive puppy b. i send off the i'm a bitch, i hate men don't fuck with me sign...either way no bueno. oddly enough men don't like those reactions. so why? why does this often happen when in reality i am so not like either of those incarnations...is it just that i need something like weed or valium to chill me out taking away the barriers? is it conditioned pavlovian response created from years of rejection? whatever the case it is something that i am having to retrain my brain to process.

i think a lot of what used to construct these walls comes from growing up and being raised to be a good fat girl who doesn't make waves and is submissive to those around her because she should apologize for taking up space and wanting and being good at something...yeah totally not me and yet i am still so bound to it. some where along the way i imbibed the idea that i couldn't be fully me because of yada yada yada reason and because i was a woman, what that meant was that i needed to not outshine the men in my life so i had to become less so they could become more...then i translated that into other relationships as well and thus began the lie machine. for years i feed myself a steady diet of this shit using it to cut away at my power and strength...well no more i can't live in this space anymore. i am choosing to move beyond fear in other areas of my life so why not this one too.

i plan on some day soon standing on a stage to sing or talk or paint or read poetry about freedom and beauty while being able to embrace it in myself...to say you know what buddy i am talented and beautiful and everything you thought you wanted and everything you didn't realize you needed all in one great lovely fire-cracking sex goddess...because i have said and believe it myself.
Posted by jessi knippel at 11:00 PM