sex and death and tomorrow 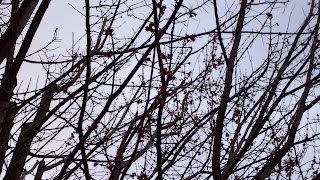 i sit contemplating john updike and how for him in his writing sex and sexuality was a means for transcendence and connection to God...it seems fitting somehow in the moment. there is something so innately tangible about the connection between two people...maybe that's why in some of my worst moments i crave that kind of intimacy with another something real to bring me out of the pit and darkness that washes over me like a riptide or tsunami.

one of the lines from the film version of "high fidelity" that has always personified this need for me comes out of  the character laura after her father's funeral. she looks at rob and says "will you have sex with me? because i want to feel something else than this. it't either that or i go home and put my hand in the fire...unless you want to stub cigarettes out on my arm" now i get, having taken courses in counseling and psychology, that there is a bit of the destructive in these words. yet also being one who has suffered from depression i get the need to feel something other than sorrow, a sorrow so great that you need some kind of physicality that can jolt you back into the day light if only for a moment.

this evening i am holding the reality that my best friend is going to have surgery tomorrow, and in my own inhabitlity to handle this i understand updike's view of transcendence...because there is a space in my brain and heart which can't handle the fear and faith and chaos of this reality. so this little traitor camp just wants to connect with another or smoke until i am literally blue in the face or drink myself into a blitzed out state just to not have to sit in the presence of my fear and the reality that sometime in the future (possibly near) i will once again be faced with the loss of someone i love dearly and can't imagine my life without. this doesn't mean that my best friend will have any complications in fact she can't because i believe God has called her to so many more things which wouldn't be possible if she is gone...so everything will go well and after two long years she will catch a good break. but that still doesn't mean that i have processed the emotions and whatnot that this specific situation has brought up in me. no rather i am faced again with desire and want and need and very few outlets for those to be explored, which to some extent is all i want....exploration and fun to make sure i am ok.

updike also writes a lot about death...sex and death seem to be those things for him which jar us into the reality of life and spiritual presence. i find that in a sense he is so very true, both sex and death remind us that we are but humans the creative imago dei but not those who are able to live forever. in his story "lifeguard" updike writes this about sexual connection and there is something about it that i find i am drawn to..."To desire a woman is to desire to save her.  Anyone who has endured intercourse that was neither predatory nor hurried knows how through it we descend, with a partner, into the grotesque and delicate shadows that until then have remained locked in the most guarded recess of our soul:  into this harbor we bring her.  A vague and twisted terrain becomes inhabited; each shadow, touched by the exploration, blooms into a flower of act.  As if we are an island upon which a woman, tossed by her laboring vanity and blind self-seeking, is blown, and there finds security, until, an instant before the anticlimax, Nature with a smile thumps down her trump, and the island sinks beneath the sea.
There is a great truth in those motion pictures which are slandered as true neither to the Bible nor to life. "

while i don't agree about the saving part it's the statement he makes about sex that feels like a bit of truth....which is possibly the reason that sex is a place where transcendence and connection is desired...especially when one feels disconnected or overwhelmed.
Posted by jessi knippel at 11:09 PM