night stories and the meaning of things 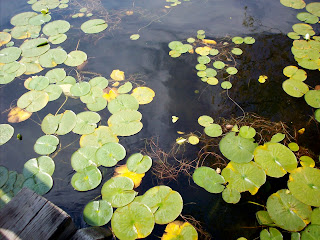 dreams, as in the ones you have when asleep, are funny things. there are whole areas of study created to try and understand them. in the ancient near eastern traditions they are a means for God to speak but must also be interpreted by another person. it is the ability to interpret dreams that offers joseph out of jail and leads to him becoming the second in command in egypt. many of the prophets are given visions or dreams, peter learns that gentiles are acceptable to God via a dream about food and the greatly misread text revelation was reveal to john in a dream. through out history dreams have been means of information and guidance for people and cultures.

through out my life dreams and visions have filtered in and out often in a very emotionally vivid way. i had had dreams that emotionally effected me for days. last night i had two very different dreams that i am still being haunted by and don't really understand the meaning yet. the first was being with a girl scout troop trying to make chocolate chip cookies...some how i was roped in this confectionery effort. the deal was that we had too many chocolate chips and not enough of everything else for dough...everyone kept suggesting we just eat the chocolate until there was enough only for the cookies. as someone who is not eating sugar or chocolate at this time the whole idea was such a great challenge to avoid the sugar and chocolate...which come to think of it might be at least part of the the dreams meaning. also it could represent the things that i want and can't have right now.

the second dream took place in a campus apartment of some kind. two of my former roommates, who are happily married with three kids, were there and it seemed we were all living together. which is fine and dandy...except for the fact that mike my old roommate had some how gotten a pet snake. it was a little characterish thing but snakes freak me out. he kept promising that it would be fine and was nothing to be frightened of...maybe i should share a bit of the shrimp i had with the snake like you would give a dog to  let them warm up to you. so i braved the fears and did. with each bite the snake got bigger and closer and then it began to jump. it jumped up to the loft area of the apartment we were in and that is when i woke up in a mild terror. i do not like snakes. i have not idea what this one means?

but that is the interesting thing about dreams sometimes their meaning is clear and other times it is completely from left field and makes not sense. whether or not meaning full dreams are always and interesting expression of the subconscious come to image and life for a time in one's head.
Posted by jessi knippel at 11:34 AM