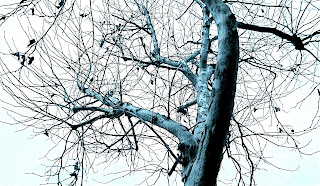 i think one of the hardest things as a person and especially as an artist is to not look at other people's lives and want what you see. reading through things like facebook or even just blogs it's hard not to let the need to compare you life come shattering in. what i mean by shattering is that it is really easy to let the perception of another's life (because really it is all just perception) get in the way of you living YOUR life.

yesterday i had a conversation with my aunt about many things but she asked me what is one of the major "sins" or things that get in the way of me being happy and myself...i said that i under value what is happening in my life because i am comparing myself to others around me. she then wisely asked if i would really want all that comes with the life of another; their problems, insecurities, emotional and spiritual block, and whatever. i thought about my brother who i often compare myself to and realized no i'm good. while it can suck sometimes i really like my life and what it is about....all the various pieces. the only time i don't like it is when i get focused on comparing myself to other people, or my own invisible standard of how it should be/what it should look like...all of which takes time away from actually creating the life that i want to have.

it is so easy to look at others and not see the hardship the struggles. say you have this band that has been playing consistently for ten years and finally they are getting noticed...what's interesting is that often they are pegged as the new it band like they suddenly appeared out of thin air. that is not the reality...for most people who "make it" whatever that means, they have struggled and worked hard and put in sweat and tears and blood to be able to do this thing. vary rarely if ever will things just appear out of thin air...so going back to comparisons, when looking at another person all that is often seen is the end result not the work that it took to reach that end. so instead of looking at others and measuring success by their achievements i need to go out and see what i have already accomplished and continue to work for greater one's for myself.
Posted by jessi knippel at 5:32 PM