memories of the past and thoughts for the future 9-11 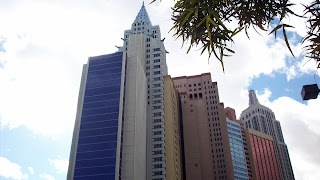 ten years ago today i woke up to a ringing phone. blurry eyed i stumbled to answer the voice on the other end. it was my roommate's mother who words were "tell erika her father (who worked in the pentagon at the time) is ok and we're at war" that was the start of another world shift. the internal fear and chaos that i had battled since childhood had seeped out of me and flooded my reality on a global scale. all the terrifying possibilities of war and death and instability were suddenly smacking me and the rest of the country in the face.

for months after i walked around the world like a trauma victim waiting for the next event of shattering proportions, the next shoe to drop from the sky. the world was falling apart...people did stupid things in response to the hatred and religious convictions that lead people hijack to those airplanes and crash them into building. soon we were told that the loss of "rights" and "freedoms" would be for our own good that it would protect us from those who sought harm. even in my chaotic and fearful state i realized the bullshit of that line of thinking. both my sliver of christian faith and my understanding of our nation said that neither was worth something without, love and openness towards the other. there is always a possibility of harm when one loves and offers shelter. freedom is always the risk that you will be harmed. yet to not live freely, to violate the privacy and lives of people in the name of a protection that cannot ever truly be given is foolish. that does not mean i think one should not be wise and discerning...to be aware and cautious of things that seem like potential threats.

as i learned several years ago in abuse class the gift of fear is a great thing, our bodies and spirits are like the warning signals to our brains saying "no this man's a bastard get out now...or that dark alley will not be safe...or there is something wrong with this car don't get it in" through fear we are awaken to the reality that things are not what they seem. there is also a fear that paralyzes and bind which is not healthy. i recently hear courage described as the act of moving forward even when one is filled with fear (it was on an episode of what not to wear). fear can be a valuable tool if we allow it to be just that a tool. when looking at the world and people we should respond with caution but also openness.

this morning our pastor shared a dialogue with a muslim and talked about how it was important to look at places of commonality instead of difference. to build relationships and bridges because "religion" is institutions that seek to motivate via guilt and shame where as faith is the believe in God that seeks to care and build relationships with others. there is always a diversity of views held by those who follow each religious structure...and therefore we should engage with people to understand what they believe not just make blanket statements about a religion.

these last ten years have been filled with fear and wonder for many of us. the world shifted and we found that even though it was different from how we expected a life could be lived and created. no things are not the same as they were ten years ago. just like the shattering that happened to my family with my mother's car accident, the world and the united states experienced a shattering that changed the total direction in which it was going. what matters most is how we, my family & the united states, choose to engage with what has happened and live life. for some the choice is to look back only to not see the present to only hold a good memory of what was, for others it is the reminder of what is most sacred, and for others it is a reminder to live well with each day and choice one is given.

while i still hold the fear that came with that day and the events, looking back ten years later i see that fear can become courage and that is a wonderful and beautiful thing.
Posted by jessi knippel at 7:47 PM

Email ThisBlogThis!Share to TwitterShare to FacebookShare to Pinterest
Labels: memories, past and present