Eyes filled with tears and sorrow, kisses and fingers offering the solace in pain. A familiar song echoing the heartache and joy of human connection. Theses are memories I hold from a hot and ancient summer eve. In that moment I would have given anything to heal the hurt and offer a space large enough for you to breath. Giving what I could, I held you hand tightly, kissed those huge tears as they rolled down you cheeks. It's funny the song never pulls at my mind like a film scene did tonight...for the hundred times I've heard it since that day I do not connect the song with those moments with you, rather the emotions I felt were captured in a celluloid still and cut at the wound I thought had been healed. Heavy was the weight of my loss and the absence of what I thought in those seconds we would become. It's a funny thing how art moves and resurfaces memories; for this one a song pierces the core for that one a film and this one a novel. Each is the vessel and conduit through which the heart has been explored and held. 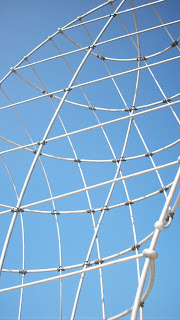