In light of posting previous writing here is the review I wrote via The Other Journal (which my brother is one of the film editors for...go Ian!) www.theotherjournal.com, a few years ago. It's my take on the film Broken English... It was again one of those movies that just stuck with me. For days I was locked in attempts to understand the character and why it mattered to me. 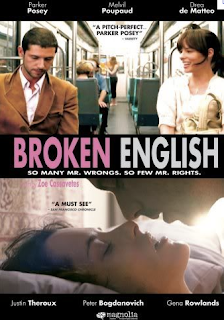 Email ThisBlogThis!Share to TwitterShare to FacebookShare to Pinterest
Labels: Broken English, film, The Other Journal