I long for the day when your manied wounds will be transformed into wellsprings of healing and life. That the deepest desire of your heart will override the tightrope you walk between light and darkness. You were given a holy kissed being, blessed with a presence and power of greatness, I don't want to see the darkness eat that power and destroy you with it. I do not want to wake up to the news of your death because you couldn't hold on just a bit longer for love and light to win. Just like the others and the one's we've already lost I don't want to loose you yet. Please love don't let those deadly voices take hold of your heart and mind. Come out on the other side of this valley with a truth and love more solid than your time tempered hate. Let the words of a father sing blessings over you "what's happen to you you used to be so unkind, you used to curse at this poor world so what changed your mind? what stirred such compassion is a mystery to me I don't know what's happened but I like what I see." If I do wake some morning to the news that you followed jim and kurt and amy down the rabbit-hole it will break my heart, yet i will still hope and love for you.
Posted by jessi knippel at 11:24 PM No comments: Links to this post

just beneath my surfaces lies this seething desire to run reckless and naked through the sunset tinted streets. to let you finally strip me and take all of what i am giving. will you take me to the rhythm of my favorite bands, get drunk on the music and desire and sex? to sit in places unashamed with you beside me. do i trust you enough to all you full entry into all the spaces i hide from the world? to let you ride me to the edge of danger just close enough that i fear i might fall in, only to bring me back into your arms again. your wild and unpredictable nature pulls me in along with you sweet and tender hidden heart. i want nights and days of something more than my wanting. i want a space filled with music and art and sex and wine and you....
Posted by jessi knippel at 8:20 PM No comments: Links to this post

Email ThisBlogThis!Share to TwitterShare to FacebookShare to Pinterest
Tonight my world got a little bit smaller...it's something that keeps happening connections come from such unexpected places. Sometimes when this happens it's a sweet little smile of a thing but other times, this evening being one the realization is a swift punch to the gut. Those unseen sucker punches usually are connected with promises or hopes as yet to have been seen. So I straddled the already/not yet and beg for swift restoration.
Posted by jessi knippel at 1:44 AM No comments: Links to this post

I live in tensions. Those ever present sets of warring or seemingly warring pulls. Somedays I want the simplest of lives unfettered by the wonton desires that barrage my heart, in those moments I long to be one who is happy with creating on the sided getting married and having a normal sort of life. Yet more often than not the other side draws my path wanting way more than that. The desire is to creative, change the world, change lives, tell stories, fall in love and travel the world. No matter how hard I try the latter vision demands it be heard and followed. I cannot escape it nor do I really want to....but I do still living in the tension of unfilled desire, the empty hole that has yet to find a partner. Someday is the phrase that runs through my head yet someday has yet to appear....
Posted by jessi knippel at 1:41 AM No comments: Links to this post

heart ache of depression and suicide

I have struggled all of my life with depression. This week, through some events in a good friend's life, I was struck with a nagging fear for any child I have who might be born with a similar genetic make up as myself. The thought entered my mind while drivng down a sunny street "what if my child has the same mental struggles that I did?"

What happens if I do have a child and when they are a teenager they are as depressed as I was?

From my sophmore through my senior year in high school I battled my depression and self hatred. There were a few days when light shown bright and I caught a glimpse of hope but over all those were some pretty dark and horrific years for me emotionally and mentally, granted for almost everyone high school sucks and is basically hell on earth I give you that, but for some of us it is a hell which threaten's life it's self every day. For me the horror of it got so overwhelming that I began to contemplate death, not because I really wanted to die but rather I just wanted the pain and sorrow to be gone. I was raise in a faith tradition that emphasised the rest which one finds in the afterlife with God, given this reading of death, I came to the view that if that was true wouldn't it be better just to end life and be with God at rest? So over the course of high school years I went from depression to suicidal depression. And on a cold winter night I finally decided to do something about it. I took some wine and I took some sleeping pills, hoping it wouldn't hurt to bad and I could finally be at rest, and went to sleep. Obviously things didn't work out as I had planned that evening because if so I wouldn't be here now typing. Instead I woke up two/three hours later and spent the next day and a half puking my guts out. Lovely friends, blackmailed (ie strongly encouraged) me to tell my parents and that lead to eventually getting some help and slowly finding ways out of the hole. I still struggle with depression, but these days I am more concerned about how this might pass to my future children and how I will I be able to help them navigate those dark and lonely waters, than how to deal with my own depression because I have learned ways to keep it in check.

I know these aren't often the things one thinks about when they think of having a child but then one often doesn't think about how that child might be born with major struggles of any kind. The various experiences of my life have taught me one major lesson, no matter what you do or who you are positive and negative things come that are unexpected and you have to figure out how to navigate through those waters with grace and mercy. As I remain childless and single I still process what struggles or hurtles changes in those circumstances will bring into my life and am trying to be present to fears and thoughts when they arrive.

To loose a loved one to death is a shattering heartache no matter what, when it is at their own hand especially the result of depression or mental illness it is even more heart breaking because we feel that there had to be something we could have done to stop it from happening. I know for me there really wasn't anything that could have changed my mind except what I got, to wake up the next morning feeling like ass in a bag and have to get on with life. I hope that I can express my own struggles and hopes well enough with the possible children I might have with a honesty and truth that encourages and support them to seek health and clarity. In the end like much of life I must trust that when and if I have a child and they struggle with depression or suicidal tendances I will be given the tools needed to be a good parent as well as trusting that the God I still believe in is big enough to hold and work it all out in the end. 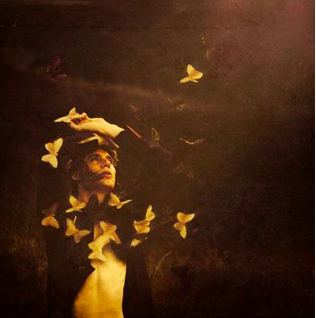 Posted by jessi knippel at 12:40 AM No comments: Links to this post

i will love again.


once i fell in love with someone after we had fallen apart. for ages now that love has grown. it moves deeply and fondly into a space where it is transformed into something different and other that i thought it would be. i find prayers and kisses on my tongue not so filled with my own desire for reconnection but rather that this one i love be blessed and become the wonder of star and light that i know he can be.

i love now one whom i do not know beyond the comments and connections with people i know           and love. i rest in the fact that of what will be will be. maybe my love of this image of a man will come in contact with the real being and i will learn how to love him or from a side line i will have this mythical spiritual love and let the beauty of that loving flow through me.

i trust that someday *hopefully soon, this girl ain't getting younger* i will meet
someone who i can love and be loved by. that eventually i will find a partner
with whom i can create a life...and again love will come. 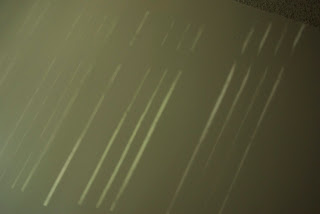 Posted by jessi knippel at 1:15 AM No comments: Links to this post

haven't written here in a while...I've been swamped and mobbed by the four jobs, school, unpacking the new apartment and whatnotery. It feels like I never have enough time or hours in the day. And yet I am getting to do some incredible things, like starting on my master thesis project! I guess I am really learning to take one step at a time and trust that if I keep moving forward things will get done.

There are so many things flooding my head these days and the time to process those thoughts feels terribly illusive, like fairies in a child's garden just beyond reach and around the corner. I have such good intensions of being prepaired and ahead of myself and then suddenly life shows up and smacks the table throwing everything up in the air. How do I keep present when the present zooms by at lighting speeds? I hope maybe soon there will be some quite time for rest and reflection but who knows.

I have been taking a photography class at Art Center and here a few shots from class.... 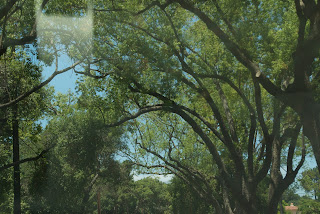 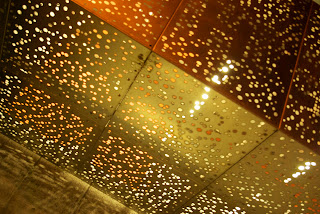 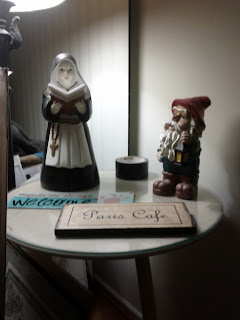 Posted by jessi knippel at 1:05 AM No comments: Links to this post